The University of Northern Colorado Chamber Choir will be making a stop at Chino Valley United Methodist Church for a concert at 7:00pm on May 11, 2016 as part of their Southwest Performance Tour. The Conductor, Dr. Jill Burgett, will choose from a wide range of musical selections and will be accompanied by Katie Hughes. The UNC Chamber Choir is comprised of 26 collegiate students from Colorado, Arizona, Texas, Wisconsin, and China.

The concert is being co-sponsored by the Chino Valley High School Choir Directed by Dr. M. Dee Wilkins.

There is no charge for this concert.

Click on the link above to download or view a copy of the program. It will display in Microsoft Word or Wordpad and LibreOffice Writer. 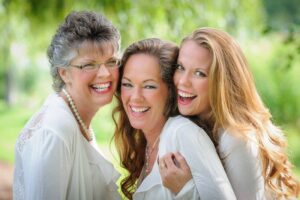 Final Harvest will present a family-oriented musical program at 3:00 pm, Saturday, February 27, at the Chino Valley United Methodist Church. Through their unique and intricate harmonies, Final Harvest communicates the Gospel of Jesus, the Messiah; the same yesterday, today, and forever (Hebrews 13:8).

Their wide range of music style includes southern gospel, contemporary, original, classical, and inspirational music. Their love for God and all with whom they come in contact cannot be denied. The message of God’s last call for His final harvest, rather than the music, is of utmost importance and the reason why they sing.

Everyone is welcome to come and enjoy their music and message. A love offering will be received, and light refreshments served after the program.

A Brief History of the Christian Church

When Christianity took hold in the Roman Empire, doctrine had yet to be fixed. A council is an assembly of theologians and church dignitaries called together to discuss the doctrine of the church. There have been 21 councils of what became the Catholic Church (17 before 1453).

Problems of interpretation (part of the doctrinal issues), emerged when theologians tried to rationally explain the simultaneously divine and humans aspects of Christ. This was especially hard to do without resorting to pagan concepts.

The first council of Nicea (Nicaea) ended on July (or August) 25, 325 A.D. Participants designated it the first ecumenical council.

Lasting two months (perhaps having begun on May 20), and held in Nicea, Bithynia* (in Anatolia, modern Turkey), 318 bishops attended it, according to Athanasius (bishop from 328-273). Three-hundred-eighteen is a symbolic number providing one participant for every member of the Biblical Abraham’s family.

The Nicene Creed is a profession of faith widely used in Christian liturgy. It is called that because it was adopted the First Council of Nicaea in a form different from the form used today in the Catholic Church, the Eastern Orthodox Church, the Church of the East, the Oriental Orthodox churches, the Anglican Communion and Protestant denominations.

The Apostles’ Creed is another early statement of Christian belief, a creed or “symbol”. It is widely used by a number of Christian denominations for both liturgical and catechetical purposes, most visibly by liturgical Churches of Western tradition, including the Roman Catholic Church, Lutheranism, Anglicanism, and Western Rite Orthodoxy. It is also used by Presbyterians, Methodists, and Congregationalists.

The Apostles’ Creed was based on Christian theological understanding of the Canonical gospels, the letters of the New Testament and to a lesser extent the Old Testament.